Previs, Storyboarding or Animatics. Cartoonery Studios can help your pre-planning of large or complicated shoots.

Planning is key to a smooth and high-quality production, whether it’s a feature film or a a 30 second commercial. Cartoonery Studios can help you in a few different ways.

STORYBOARDING
Allows you to break down the planning of a shoot, shot-by-shot. Work out timing, shot angles and composition and save valuable time while physically on a shoot with actors and crew. 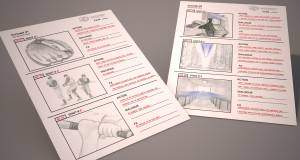 ANIMATICS
These can best be described as “storyboards brought to life”. In shots where timing and planning are critical simplified animation of your shots are created, generally using temporary, or “scratch track” dialogue, sound effects and even musical scores so shots can be planned in advance of live-action shooting. This allows a myriad of problems to be worked out long before everyone is on set, time and money wasted, and can eliminate extra shooting for coverage by having shots worked out in advance. 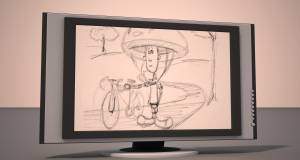 PREVIS
Previs is similar to Storyboarding and Animatic in that it is used to pre-plan your shooting. Previs is usually used for shots that will have special effects added to the live-action shot later.

Cartoonery Studios will create simplified 3D animation for shot planning and FX planning for filmmakers before actual filming. This allows complex shots or shots with animation elements to be properly framed, timed and choreographed before the live action shooting starts. In addition to allowing the Director to have timing of the shot worked out in advance and to leave room for the actual finished animated special effects elements in the framing of the live action shoot it also allows the Director to work out details and changes to the special effects before more detailed and expensive finished special effects elements are created.

The Director can then either comes back to Cartoonery Studios for final animation or special effects to be composited with the live action video shoot or has previs guides for another post-production special effects shop.

Whatever you use to pre-plan your shot, our goal is always the same, to help you plan out your shot(s) and save you time and money on your project.